R.W. William E. Holland has departed to the celestial lodge above. He was 73. 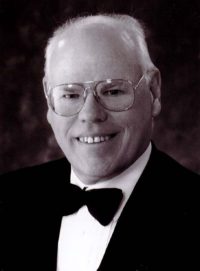 Brother Holland was raised in Needham, MA. He was a member of Needham Chapter Order of DeMolay  He joined Norfolk Lodge, Needham, in 1971. He was Master in 1989. On April 12, 2021 he received his 50-year Veterans Medal.

He joined the Scottish Rite, Northern Masonic Jurisdiction, Valley of Boston in 1983. He was Commander-in-Chief of Massachusetts Consistory between 2000 and 2003. He received his 33° in 2001 in Indianapolis, IN. In 2017 he received the Daniel D. Tompkins Award for Distinguished Service.

Brother Holland was a member of Aleppo Shriners, Wilmington.

Bill was Director of Operations for the Scottish Rite, Northern Masonic Jurisdiction, Lexington.

He is survived by his wife, Amy.