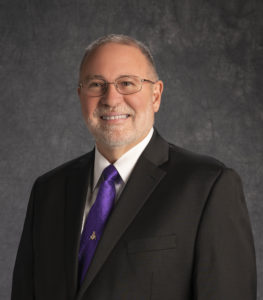 At the Grand Lodge Quarterly Communication on Wednesday, December 11, 2019, R.W. Richard Maggio was unanimously elected to serve as the 90th Grand Master of Masons in Massachusetts. He will succeed M.W. Paul F. Gleason. Bro. Maggio served as Junior Grand Warden in 2015. He has been the Grand Marshal for the last three years.

The office of Grand Master is a volunteer position that is traditionally held by one brother for three consecutive one-year terms. An election will take place prior to the second and third years of his term.

R.W. Mason W. Russell was elected to serve as Grand Treasurer for 2020. M.W. Albert T. Ames was elected as Grand Secretary. One Trustee was elected to the Masonic Education & Charity Trust, Bro. John R. Halsey, Sr. His term will last until 2027. Three men were also elected to serve on the Grand Lodge Board of Directors: R.W. Thomas A. Rorrie, R.W. Kenneth W. Pfeiffer, and R.W. William E. Yanakakis. R.W. Kevin Willis was also elected to finish the final 2 years of R.W. Maggio’s term on the board.